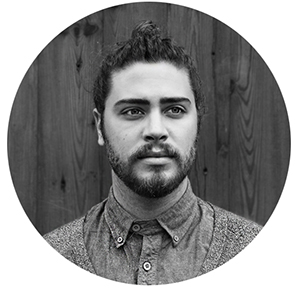 Poet. Nomad. Scientist. Dreamer. Andrew Colin Beck is an American illustrator traveling the world—recently, Turkey, India and South East Asia. Andrew loves things that ride the line between beautiful and strange. Andrew has worked for clients such as Monocle Magazine, The Boston Globe, Makeshift Magazine, LinkedIn, PayPal, and Edelman among others. His work has been recognized and published by FastCompany, awarded by the AIGA, and recognized by other design and illustration organizations.

Andrew was born in the dusty deserts of Arizona in 1986, and studied Graphic Design at Brigham Young University at the base of the Rocky mountains of Utah. After school, he worked in Amsterdam at Edenspiekermann, giving him a taste of international travel. Andrew loves Stanley Kubrick, the Beatles, and writing songs for his son Colin.