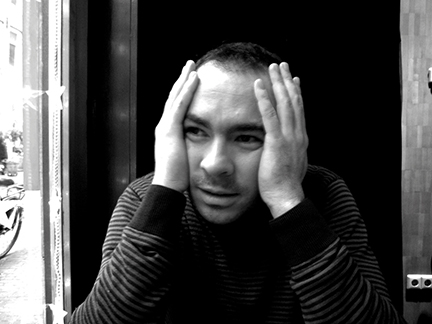 Miguel Ordóñez studied illustration in the school of Arte Nº 10 of Madrid, and Graphic Design in the Central Saint Martins College of Art and Design of London.

Since he finished his studies in 2002, his career has been devoted to graphic creation. He has worked and collaborated with a number of studios and agencies.

He has worked abroad in publishing, advertising and press with the International Herald Tribune, European Space Agency, Elle magazine, Hachette, Danone, Penguin, Macmillan and more. His two books with Jimmy Fallon, Your Baby’s First Word will be Dada and Everything is Mama, have been in the New York Times bestsellers list and were honored by the American Society of Illustrators.

In his national field, he has a fruitful business relationship with publishing industry (Santillana, SM, Edelvives, Edebé…), and he does a number of jobs for television (Antena 3 and Barcelona TV). He also collaborates regularly with El País newspaper, Público and La Vanguardia.

He lives in Madrid with his wife and two daughters and works in his own studio, where he combines graphic work with illustrating projects and teaches visual communication and creativity in Instituto Europeo di Design.