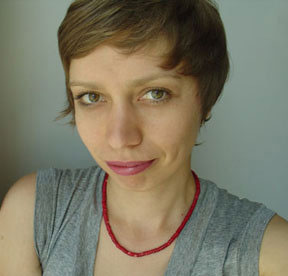 Natalya Balnova is a New York based illustrator, designer and printmaker.

She received a MFA in Illustration from the School of Visual Arts, as well as BFA in Communication Design from Parsons School of Design and degree in design from the Academy of Industrial Art and Design in St-Petersburg, Russia.

For the last decade she has worked in publishing, has designed book covers for various publishing houses, and has focused on her own projects in printmaking and illustration.

She has shown her work in galleries worldwide and has been recognized by prestigious printmaking organizations such as IPCNY International Print Center New York and The New York Society of Etchers.

Natalya works in a variety of artistic mediums, from ink washes and digital to traditional printmaking.

She illustrates for books, magazines, newspapers, posters, CD covers, posters and packaging as well as self-publishes her own silkscreen books, zines, cards and apparel designs.