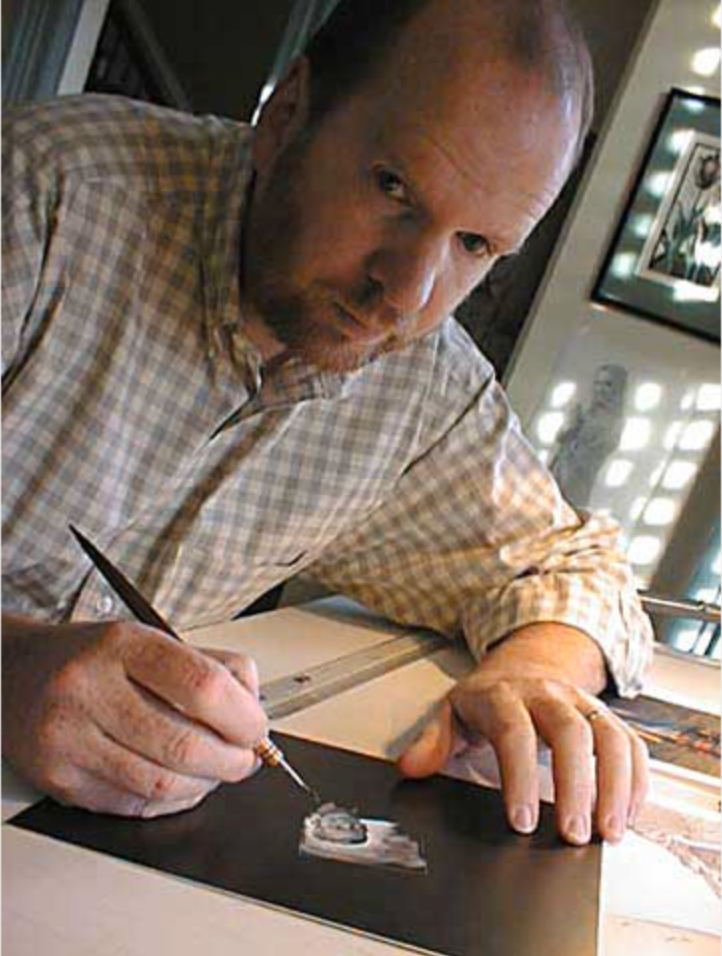 As an illustrator, McKowen specializes in scratchboard, an engraving medium in which white lines are carved into a black surface with a sharp blade. In 2009, A Fine Line: Scratchboard Illustrations by Scott McKowen was published by Firefly Books; a second edition updated with recent work is planned. Scott has illustrated 36 titles in an onging series of children’s classics for Sterling Publishing in New York. He has illustrated many books and covers for Harper Collins, Penguin, Random House, Quirk, and Tor. In 2003 Scott created a series of covers for 1602, a graphic novel by Neil Gaiman, for Marvel Comics, for which he received a nomination for the 2004 Will Eisner Award for Best Cover Artist.

McKowen operates the design studio Punch & Judy Inc, which produces posters and graphics for leading performing arts companies across North America. Scott created over fifty posters alone for the Roundabout Theatre Company in New York City, for Broadway and Off-Broadway productions over fifteen seasons. He has designed publications for thirty seasons at the Shaw Festival in Niagara-on-the-Lake, including house programmes for over 250 productions. He was art director for a decade for Yale Repertory Theatre and the Yale School of Drama; and for ten seasons (and currently) for Theatre Calgary. He has worked extensively for the National Ballet of Canada, the National Arts Centre in Ottawa, Stratford Summer Music, Music Niagara, The Acting Company and The Pearl Theatre Company in New York, Denver Center Theatre Company, Arena Stage in Washington, Great Lakes Theater Festival in Cleveland, and the Mark Taper Forum in Los Angeles. He has designed and produced exhibition graphics and award-winning catalogues for many art galleries.

In the summer of 2013, Gallery Stratford presented Light Revealed: Scratchboard Illustrations by Scott McKowen in a 2500-square-foot space. This major exhibition was calculated to appeal to Stratford theatre visitors, and resulted in a 60% increase in admissions over the summer exhibitions of the previous five seasons.

In 2002, he curated Worth a Thousand Words, an exhibition of theatre posters from around the world, which was seen at Gallery Stratford, the Design Exchange in downtown Toronto, and at the National Arts Centre in Ottawa.

“Scott McKowen is one of the great illustrators of our time.” milton glaser

“It’s hard to decide what’s cooler about Scott McKowen’s poster art: the astonishing, elegant design work and linework, or the way he tips your preconceptions on their head and does something unexpected with every assignment.” neil gaiman