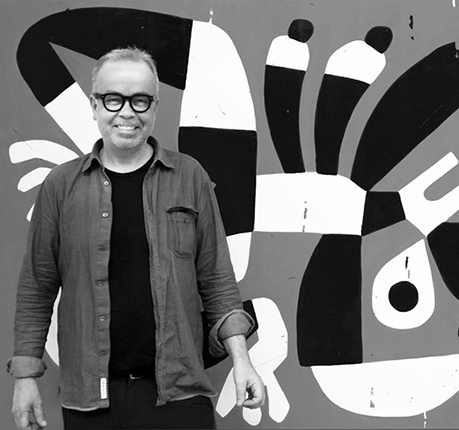 Lasse Skarbövik was born in Norway, but has been living in Stockholm, Sweden since he graduated from Berghs School of Communication.
He is one of the founders of Stockholm Illustration, but now he works as a freelance artist for clients all around the world. Apart from his illustration work, he has produced several larger murals and paintings for interiors
and exhibitions. In the last year he has also designed several patterns for textile collections.